Coachella’s day-two lineup of hip-hop acts branched out from the two main stages (Coachella stage and the Sahara tent) to encompass some of the smaller tents and even take over some of the corporate activations. This was mostly a good thing but did make seeing some counter-programmed artists a little more difficult than day one. For instance, Flying Lotus playing a set at the Heineken House coincided with catching one of Brockhampton’s final performances at the Sahara stage.

Freddie Gibbs’ Gobi set also crossed Rich Brian’s at Sahara, meaning catching both would have taken a huge chunk out of both as well. For what it’s worth, Gibbs made the most of his placement and probably could have filled the Mojave tent, as his crowd spilled out of the back and sides. Despite not having Madlib – who had to miss the set for other obligations – Freddie smoothly held court himself, bantering with the crowd and his “hype man,” a bunny mascot. His big gag was pretending that the bunny had somehow bum-rushed the stage, a joke that delighted the crowd as much as his high-velocity, one-breath raps. 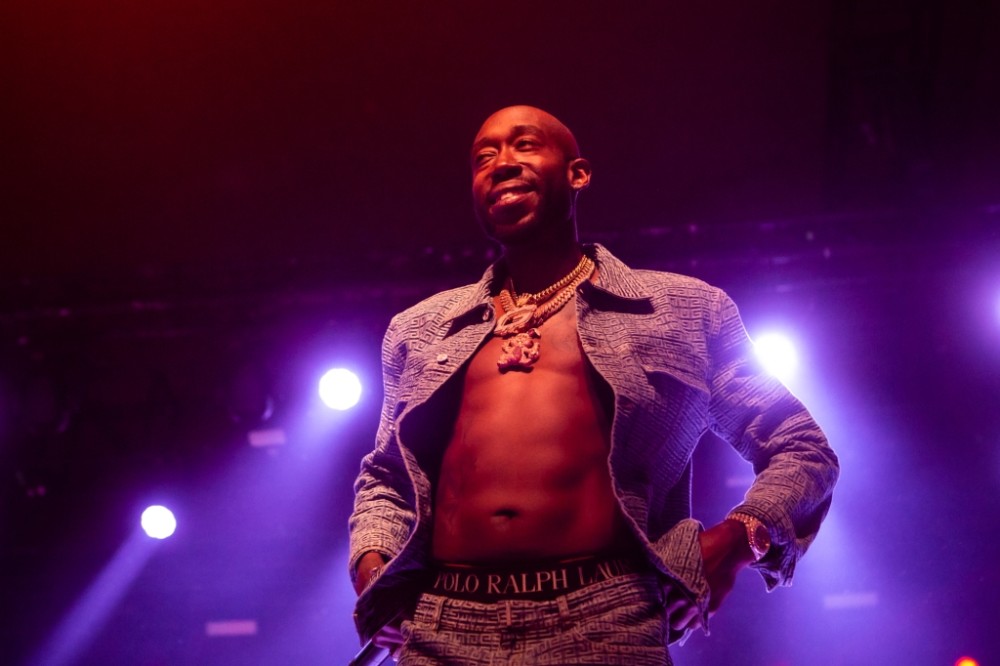 Another impressive set was JID’s. The Dreamville firecracker’s set at Sahara was also full to bursting, promising a warm reception for his upcoming follow-up to DiCaprio 2. He didn’t offer many extras on the bigger stage, but his exuberant energy filled the space, while he was cheered on by his Spillage Village compatriots Earthgang from the DJ booth. At one point, fellow Coachella performer Denzel Curry popped out to a massive roar from the crowd. It would have been cool if he could have used the stage more, though.

Something I forgot to mention in my day one recap is how moving most of the hip-hop acts to the Sahara stage was a smart move because it allows for more elaborate stage designs. Brockhampton especially took advantage of this, bringing along the big blue gorilla and canyon set from their tour. While things almost took a turn for the worst when the high desert winds nearly “skinned” the big guy before they could start their set, the crew was able to get things nailed down in time for the rowdy “boy band” to take the stage.

Their second-to-last set as a group showed all the hallmarks of their usual chaotic performances, but the crowd – mostly 20-somethings – gave them more energy than I’ve seen since I first saw Brockhampton at Flog Gnaw in 2017. They certainly stoked this “one night only” energy with repeated declarations that they wouldn’t be reuniting anytime soon. You could tell no one believed them – or maybe no one wanted to believe them – but it is a shame that they seem to be packing it in as they’ve hit their stride as performers. 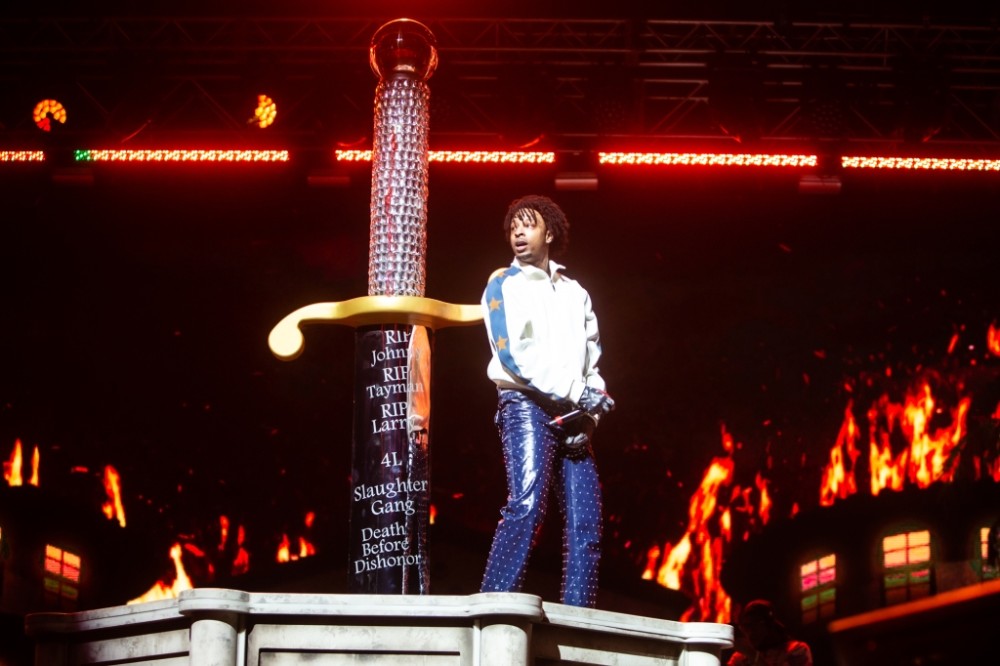 21 Savage also used the Sahara tent to the fullest, using LED screens and raised platforms to turn the stage into a subterranean lair, perfect for evoking the menacing, horror-thriller vibe of his favorite movies. Savage, like Lil Baby from day one, showed that he has also entered the league of rap’s most-improved performers, projecting much more force than his laconic raps would suggest. His crowd was one of the biggest of the night, and when Post Malone popped out to perform “Rock Star,” I admit I got a little nervous about a potential crowd control situation.

Fortunately, the crowds at Coachella are a little more mellow than some of the younger bunches at other fests. Another huge crowd that focused more on having fun than pushing forward was the one for Megan Thee Stallion, who preceded day two’s closer, Billie Eilish. Like 21, her set was a briskly-paced showcase for some of her bigger hits. Unlike his, hers incorporated a wardrobe change to a mini-DJ set of some of her mixtape favorites. Her set also included a confrontational new track that seemed to take some verbal jabs at a male antagonist – something that’s sure to have fans buzzing for the next few days.

Other rap acts that made an impact thanks to the new streamlined hip-hop format at Coachella include Isaiah Rashad, who used his time to address the leaked video that surfaced on social media recently, Rich Brian, who double-dipped as part of 88Rising’s main stage set, and Masego, who set the tone early as one of the midday acts on the main stage that drew in masses of curious onlookers. Although there still wasn’t very much discovery on day two – at least, not for me – what I saw was an encouraging survey of rap music that showed how far so many of the top acts have come in the last few years. 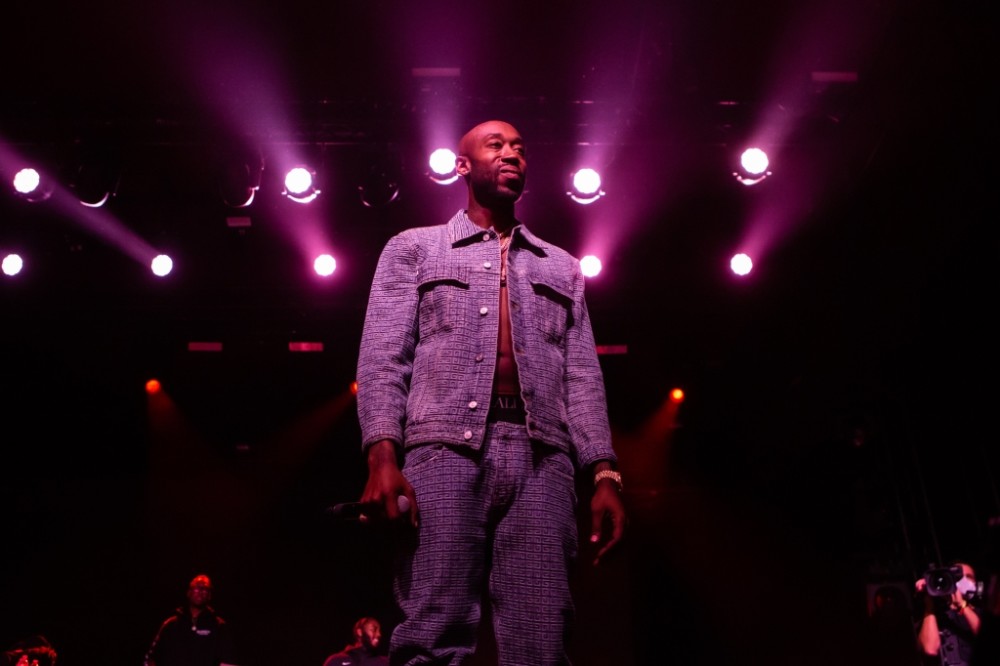 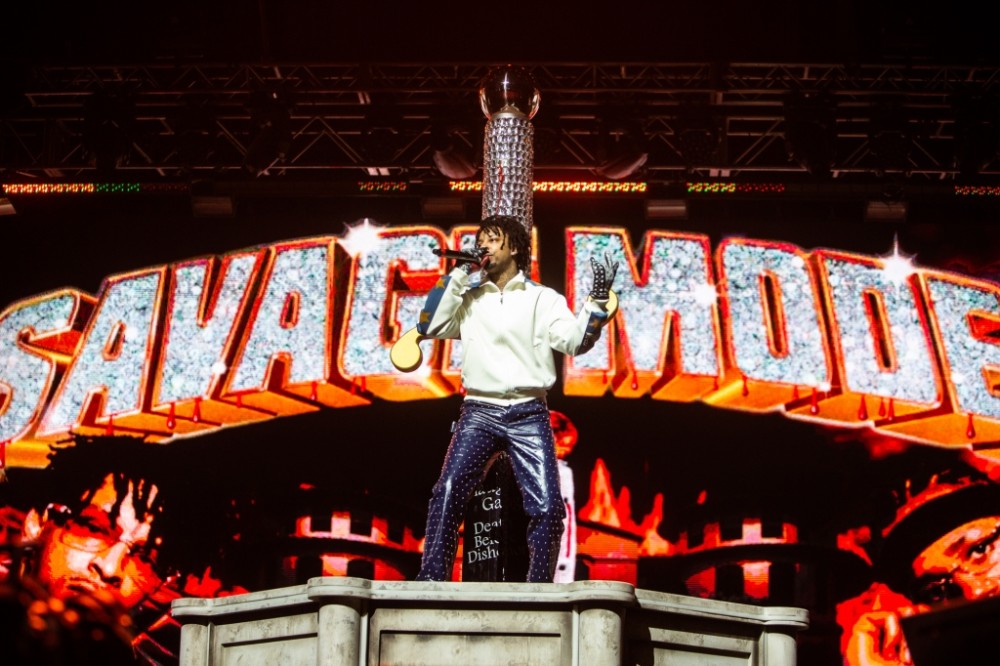 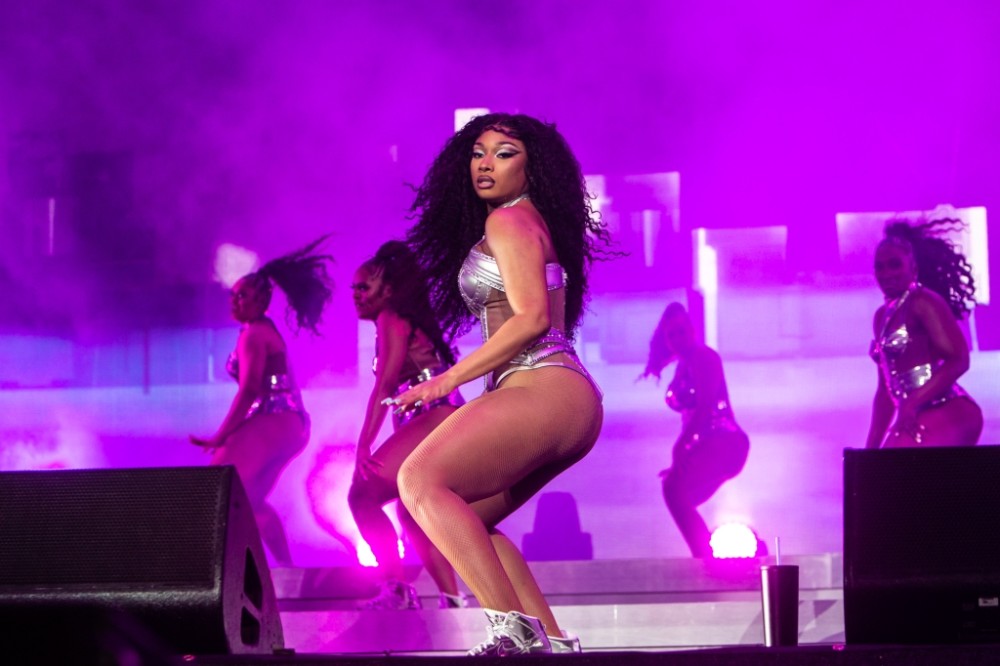 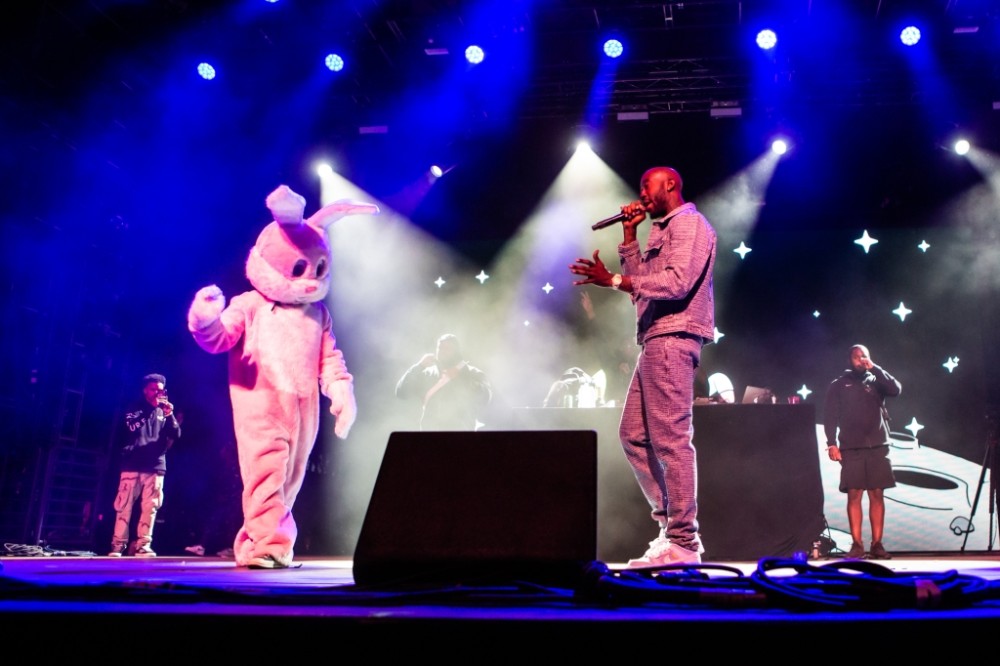 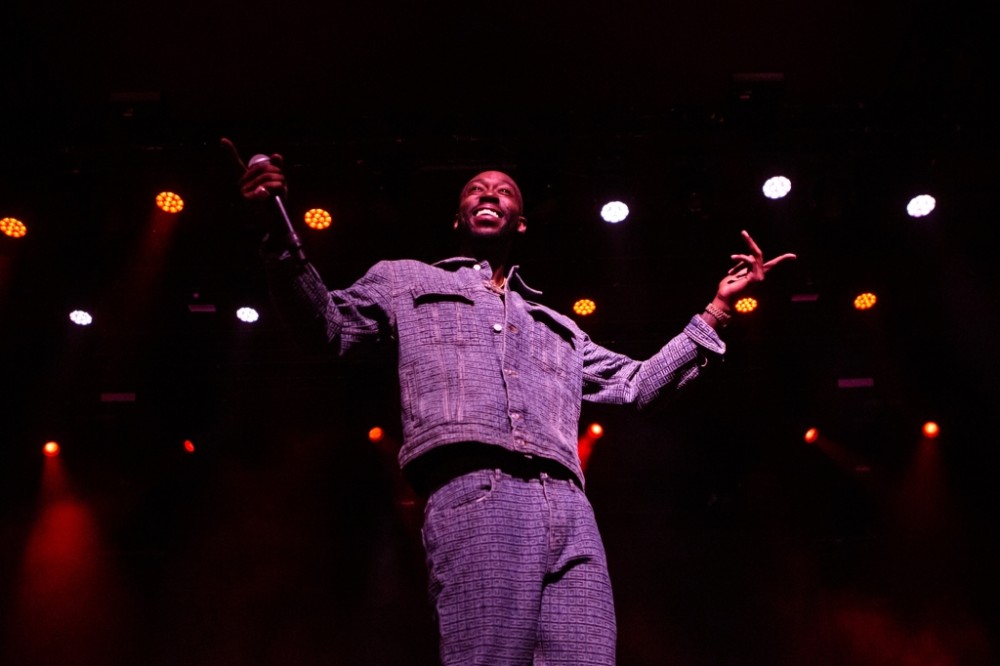 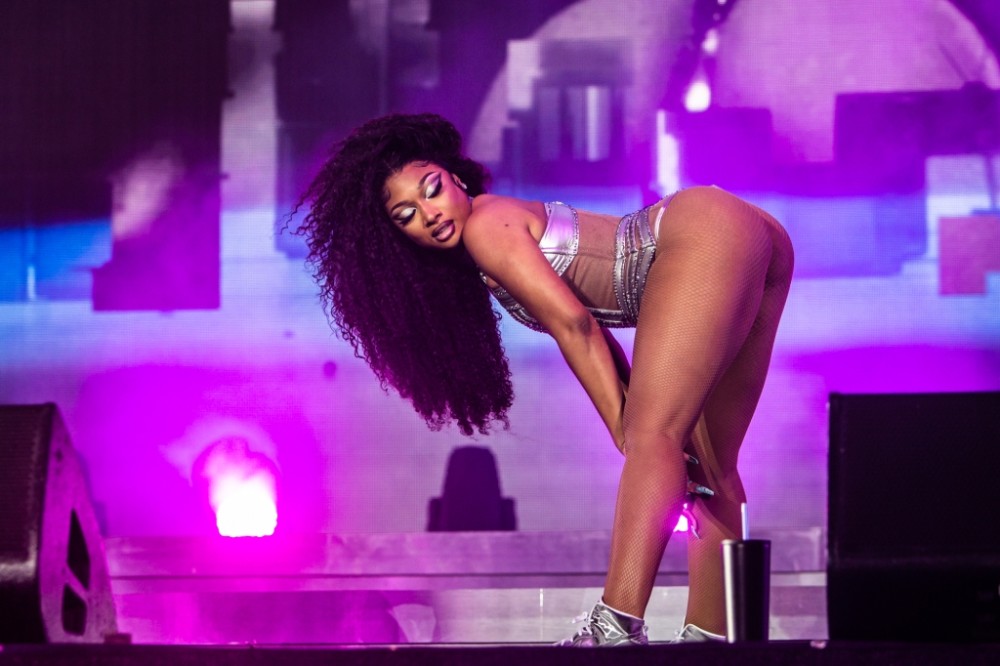 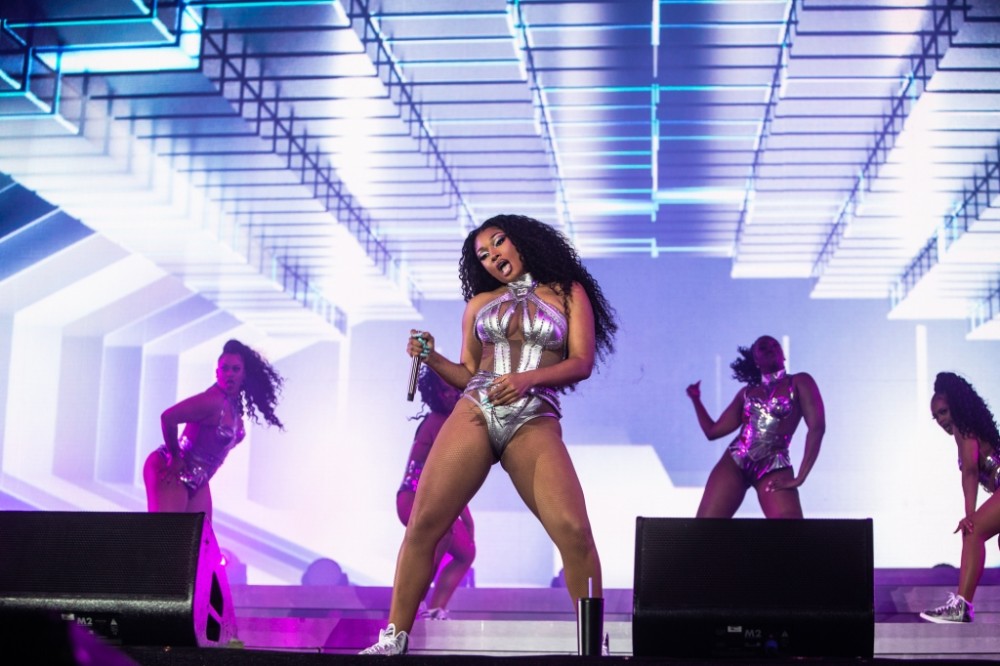