FG Figueroa, a newcomer in the rap game, stands out among other players with his latest release ‘Odio.’ The catchy, chill and bouncy track represents a new wave of Latino hip-hop where lyrics and messages stand before the beat. FG Figueroa delivered a dope single you can easily relate to, and while he works on his schtick and signature sound, the audience gets lost in his sauce and unique character.

Born in San Juan, Puerto Rico, FG Figueroa moved to Florida when he was 6 years old, where he spent his formative years and became the man and artist he is today. The unifying and captivating power of music is what motivates him to create, and his overflowing creativity and dedicated passion are two of the elements that give “Odio” such a special feel, both sonically and visually. “Odio” which in Spanish means “hate” utilizes the message of persistence and perseverance to highlight that no matter what “hate” comes, one has the ability to manifest his or her dreams.

The influences from Puerto Rico, the US, and the other countries that he has traveled to have shaped the way he makes music, and enrich his sound by giving it a universal and extremely relatable aspect.

For more information on FG Figueroa see his INSTAGRAM

Make sure to check out FG Figueroa’s album THE PRELUDE 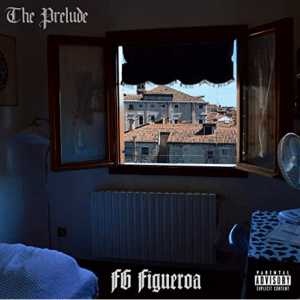